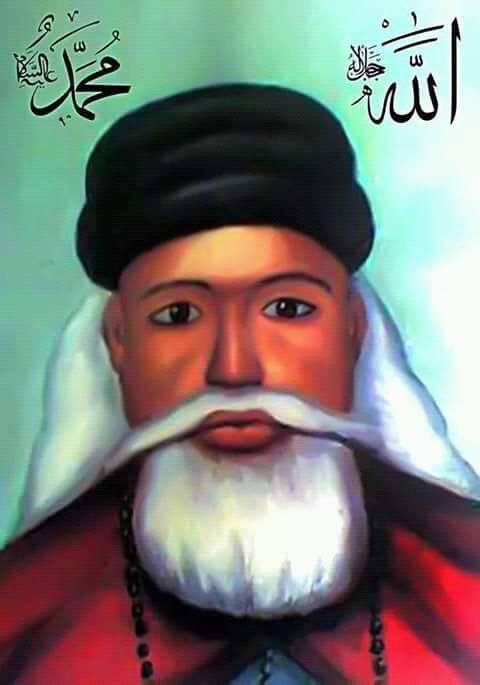 I begin by glorifying the name of the prince of the universe which is the ocean of lights, the symbol of divine gratitude, the lord of the ornimists, the purveyor of wealth, the catalyst of powers, the exclusive holder of divine and prophetic secrets, the supreme leader of the elect, the commander-in-chief of the hidden poles, the proud son of the prophet of Islam, I would like to name his luminous excellence Mawlaya Cheikh Ahmad At-Tijani As Cherifoul Akbar (RTA).

For me, knowing Mawlaya Cheikh is above all knowing his Khalif.  And from what he taught me, no one can claim to know Allah the great without knowing his beloved prophet Mouhamed (PSL).

So as I revisited his youthful journey in this visible “Chahada” world, which remains exemplary, I knew that Mawlaya Cheikh was perfected by the prophet of Islam as Allah shaped him. To understand this, let us look at the spiritual framework that accompanied his life. The Tijania Brotherhood is the first and last of the great orders that appeared, taking its birth in the “Tijaniyatoul Ouzna” of Al-Bast. In this Chahada world its appearance is due to Mawlaaya Cheikh who was born in Jebel-AnNour in Ain-Mahdi, Algeria. As a young man, he was strongly inspired by the writings of the Holy Quran and the incomparable qualities of the prophet Muhammad (PSL). From the age of seven (7) he perfectly mastered the 114 Surahs of the Holy Book of Islam and had his place in the narrow circle of elected officials by excellence.

Eager for lights and commitment, the young darling undertook a long journey before setting up his headquarters in the city of Fez in Morocco. It was there that he consolidated his training with his beloved father the prophet Mouhamed (PSL). Mawlaya Cheikh led his active and spiritual life, which gave Fez all his splendour as a light crossroads, endowed with great Islamic schools and universities. To water all the Muslims of the world, he embarked on a Mediterranean journey, he still visited Algeria his homeland, before going to Egypt and Tunisia.

This long journey took him to the holy land of Islam in Medina where the best of beings rests, his spiritual father, the prophet Mouhamed before landing in Mecca. Each stage of his journey marks a moment of encounter, all the great saints of the Maghreb world met him, such as Abu Mouhamed At-Teib who was the Khawsou of the time, Moulay Idriss who was one of the 40 most senior elected saints and Mahmud Al Kourdiyou who was the leader of the Tarikha Khadriya (and Khoutbou Zamane at that time).

He met in Mecca one of the exegetical figures of the Muslim world: Aboul Abass Ahmad Ben Abdallah, who had only the mission to give to Mawlaya Cheikh a letter that the prophet Muhamed had ordered him to keep 23 years earlier, and give it to the great ever-growing pole of all times. A letter that even the one who kept it Aboul Abass with his chief of protocol Al Hindi, ignored the contents. He was invited as well to a conference by Cheikh Mouhamed Ben Abdul Karim who was one of the undisputed masters of Islam in Medina.

Mawlaya Cheikh, blessed by Allah the almighty, raised by the prophet Muhammad, could only fulfill a noble mission under the seal of it. Thus, for his efforts towards Allah, his prophet Mouhamed and for the work done within the Islamic Ummah, he receives as a reward the Tijania following a mystical encounter between him and the prophet Mouhamed. The peculiarity of this brotherhood is that the prophet taught to Mawlaya Cheikh in an awoke state a new spiritual path of ‘Wird’.

This path is characterized by rigour in learning, teaching and reciting verses from the Holy Quran and the practice of the ‘zikr’. Rigor is one of the strong demands of the Tijania. So it was up to me to reveal the contents of this meeting with the prophet, to the faithful followers of Mawlaya Cheikh Ahmad At-Tijani Cherif (RTA).

A new spiritual order had just been born and won over all the souls and hearts of the elect of Allah. And from the top of the Sahara, Mawlaya Cheikh exclaimed, “I am the learder of the Saints as Seydi Ahmad is the leader of the Prophets.” This is why the scholars of Islam will connect to it to fill their needs in religious science. Today, the Tidjaniya is the 1st Sufi order in Senegal, Africa and around the world.

There is enough to pay tribute to the natural son of the prophet Muhammad who is the ruler of souls Mawlaya Sheikh Ahmada Tijani Cherif (RTA). For such a purpose, I, Seydi Mouhamed El Cheikh will multiply exchanges, contacts and conferences to radiate throughout Senegal and the world, circles of knowledge that will distill the teachings of Mawlaya Cheikh Ahmad At-Tijani Cherif (RTA).